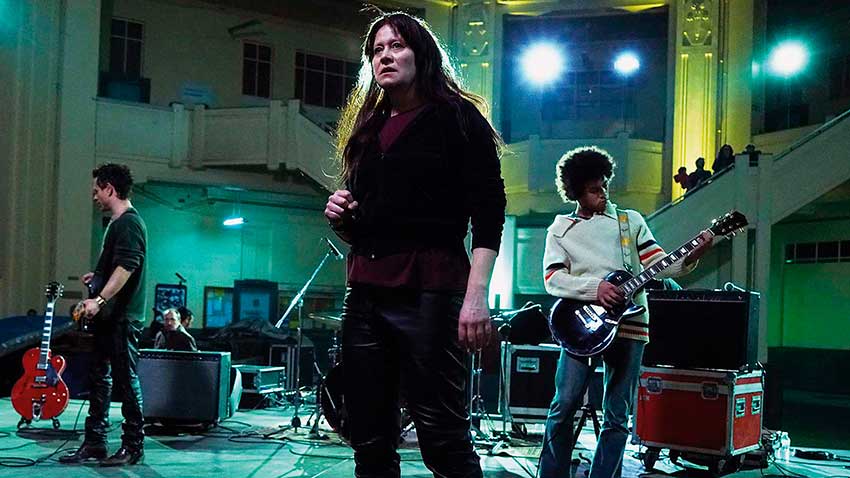 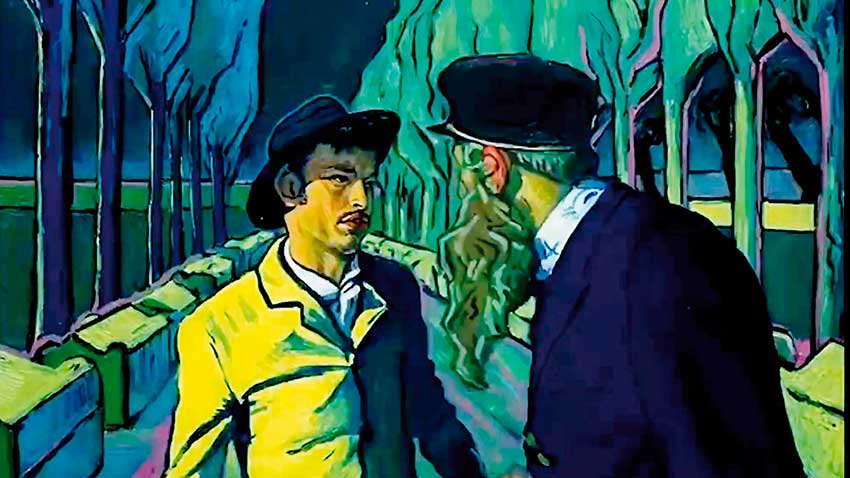 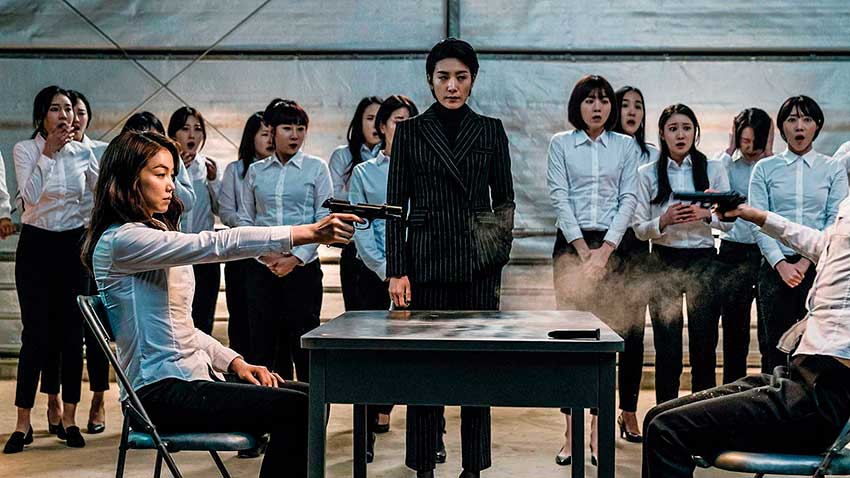 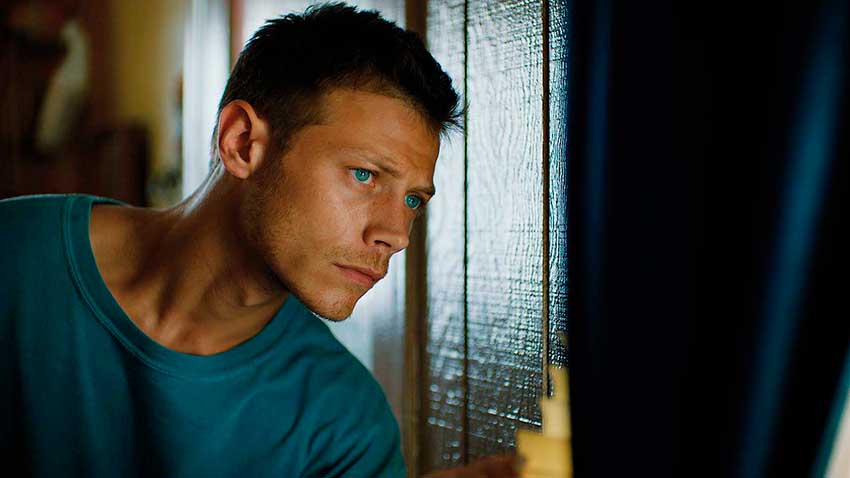 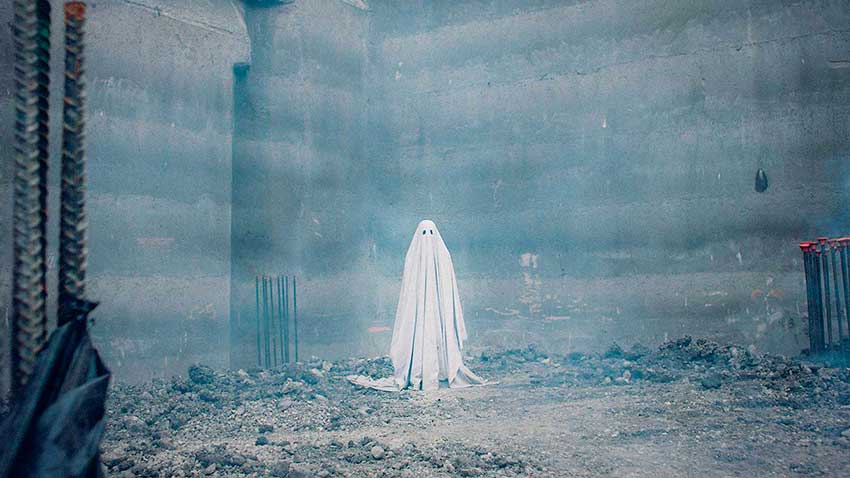 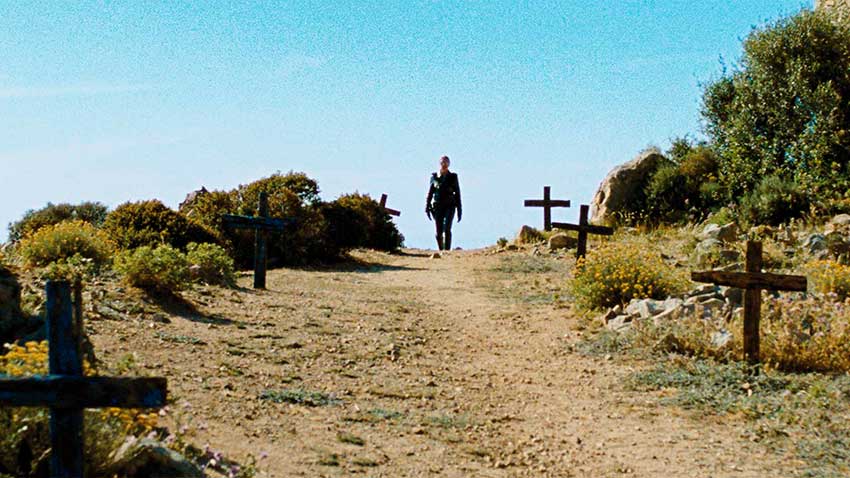 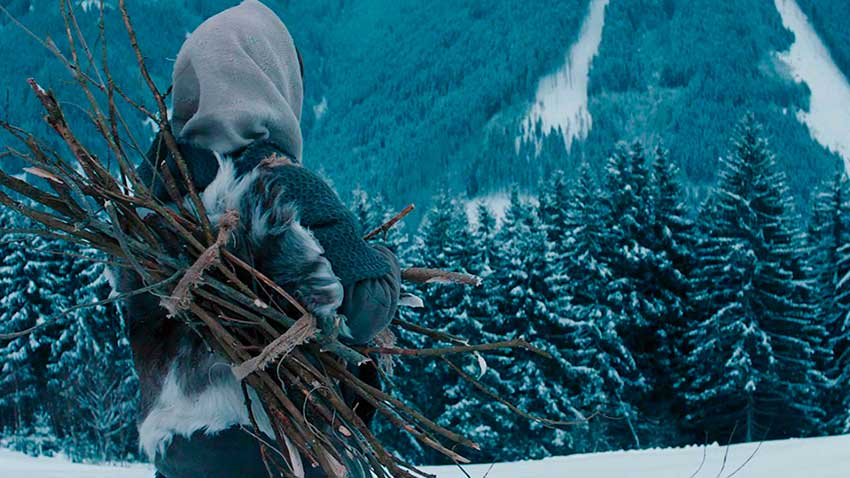 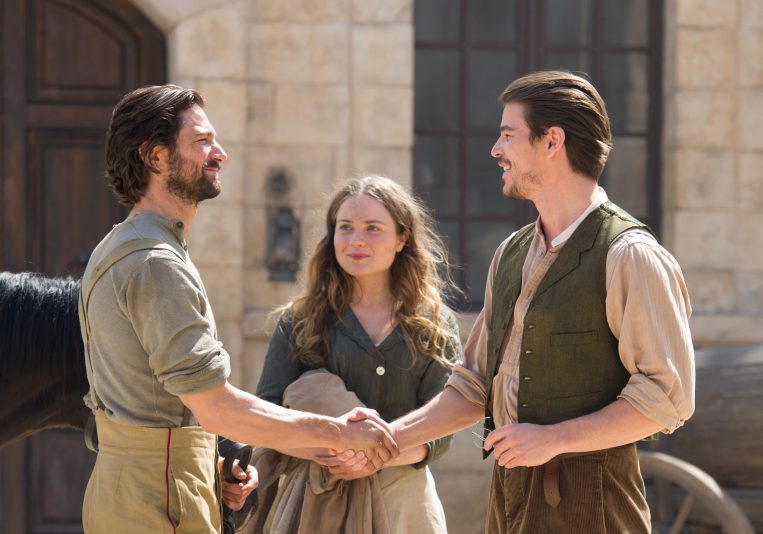 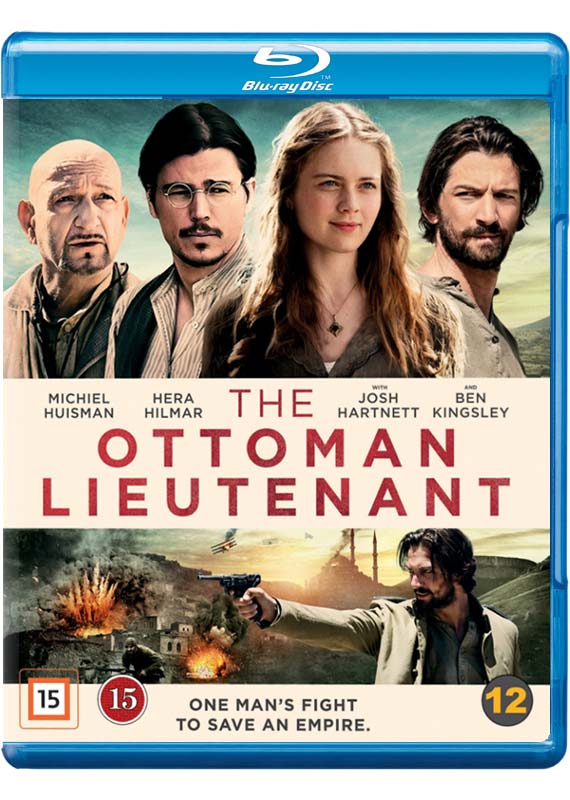 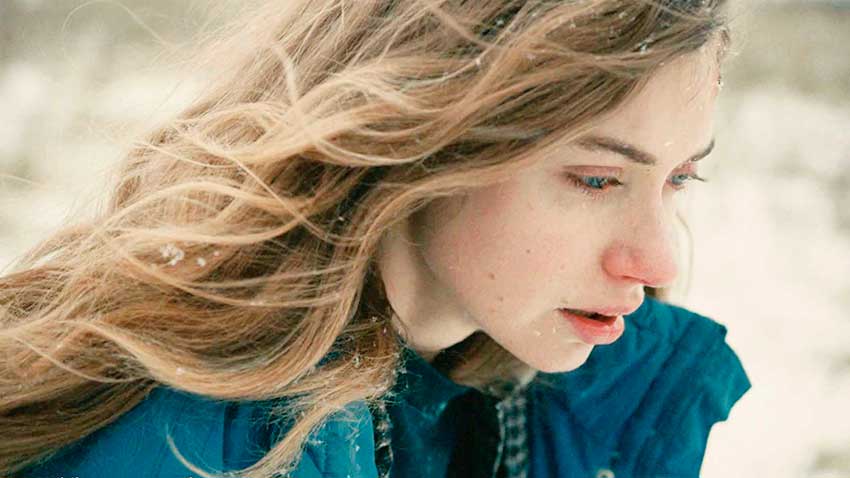 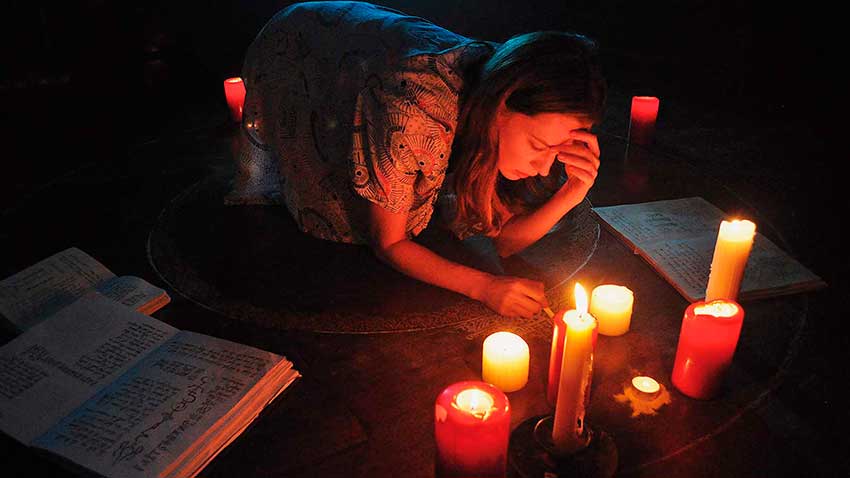 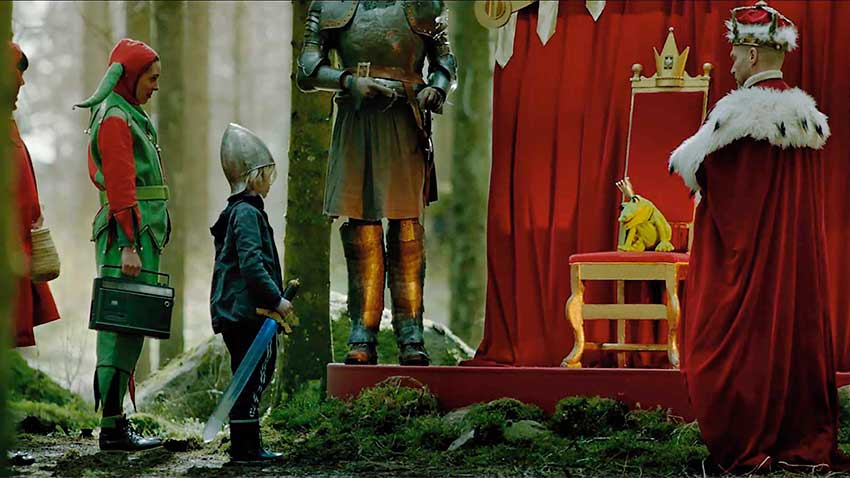 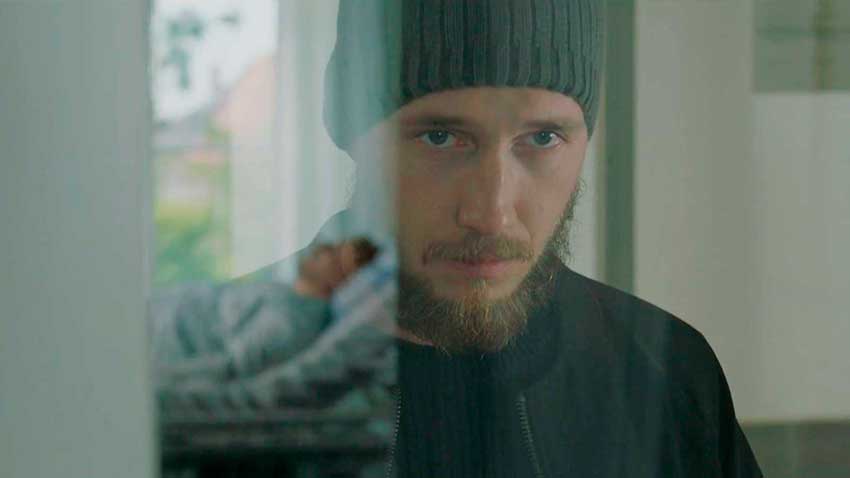 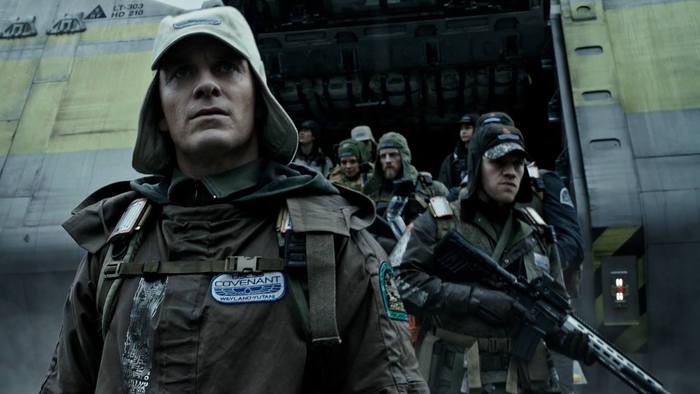 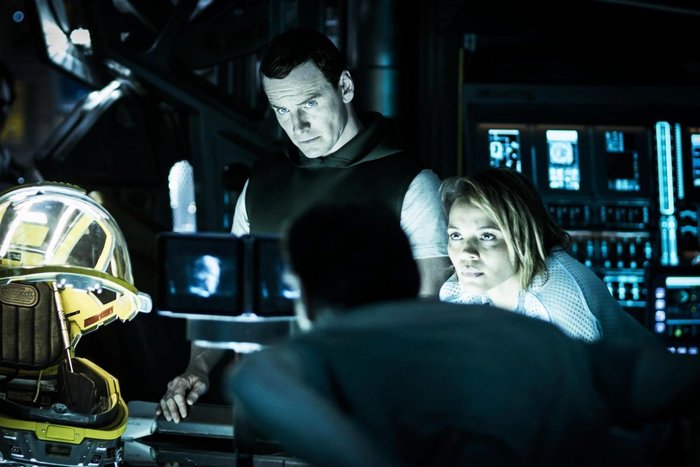 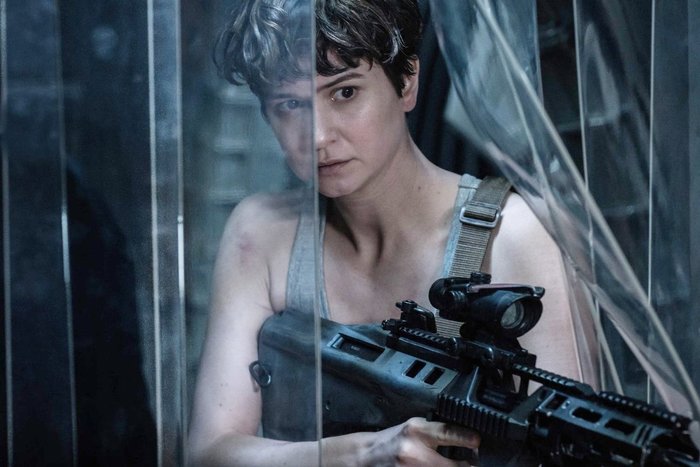 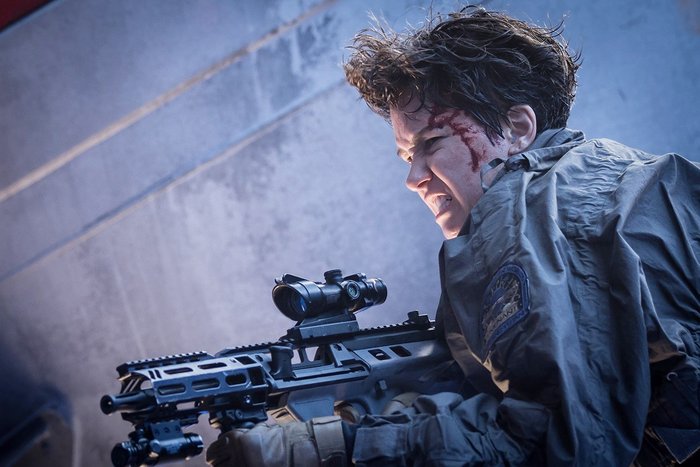 Did you have the ‘Alien: Covenant’ concept already in mind while you were making ‘Prometheus’?

I’ve got the whole concept that will lead us back to the original ‘Alien’. I was always surprised by why no one in the subsequent three sequels ever asked who would create this thing and why.

‘Prometheus’ was resurrecting ‘Alien’ off from ground zero, because it was dead, and getting finally to who would do such a thing and for what reason. It touched on mortality and immortality, it touched on the creation of AI. This one really gets to it. This is the next phase. 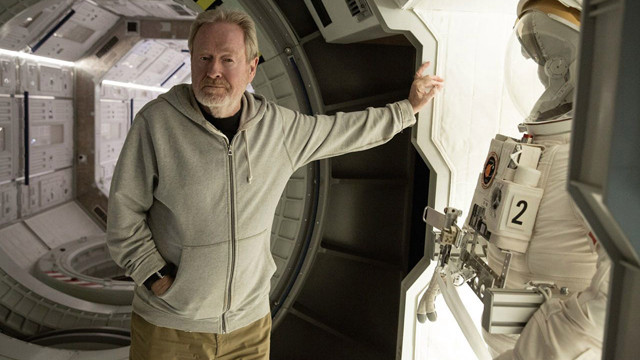 Is it fair to say the new film is more reminiscent of ‘Alien’ than ‘Prometheus’?

Yes, only the evolution is way beyond the original ‘Alien’. The original ‘Alien’ was pretty good in the effect that it was a good old basic story of seven people locked in an old dark house and all of them will die. There is nothing more B-movie than that is there? But B-movies have a habit of really playing big when they are done right.

I always thought that ‘Alien’ was a B-movie with an A cast-list and an AA monster. So we evolved and elevated what was fundamentally a horror film to another level and here we are still making them, so the proof is in the pudding.

How would you describe this new planet?

It might feel familiar. Any planet that is going to be the right position from a source of heat like a sun to have life is probably going to get a very similar construction in terms of biology and plant life to Earth. I’m trying to find a reality for the story. NASA now think that by the thousands, millions maybe, aliens are out there.

About 30 years ago, when I made ‘Alien’, I was coming round the fact that we aren’t necessarily biological accidents. To be a biological accident means the forces of nature would had to have made millions or billions of correct decisions randomly, which of course is mathematically ridiculous. Therefore was there anyone in charge? We would call that God, but I look on it as another form of superior life and part of their job was to evolve other planets. 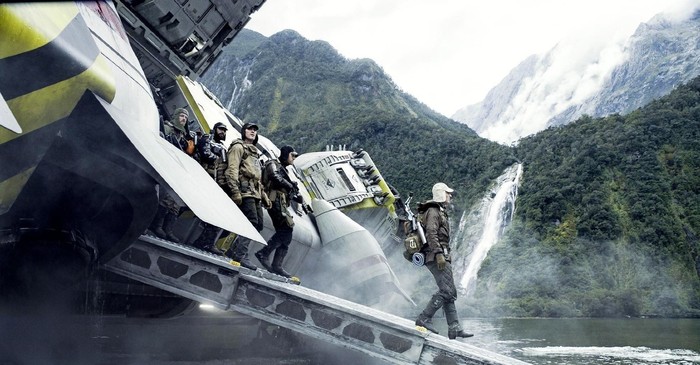 What did Milford Sound (New Zealand) give you as the location for this new world?

Did you deliberately want Katherine Waterston’s Daniels to echo Ripley in ‘Alien’?

Yes, we wanted to follow the tradition of having a leading lady but it is no longer that new. I mean, I’ve done GI Jane, I’ve done Thelma and Louise. I’ve done quite a few. I never thought it was particularly remarkable that I had a leading lady in Sigourney Weaver in ‘Alien’. I thought, “Why not? Good idea. Let’s go.” The same with Katherine — it seemed to make sense to follow in the tradition.

How does the crew of the Covenant as a whole compare to the Nostromo in ‘Alien’?

Well, in those days we were talking about the equivalent of a freighter that is going off to planets for their mining capabilities. They will come back with valuable ores; whatever is valuable at that particular point. The crew of the Nostromo were workers, in that respect. The crew of the Covenant are scientists, biologists, builders and electricians. What’s more, they have been chosen to fit in with one another.

Anyone who was taken onboard would have to be like any good pioneer wagon train: very much self-sufficient and part of the overall structure. Because when they get there, as we say in the movie, they are going to be neighbours — and neighbours had better help each other.

Are you using practical effects to create the various stages of the Alien?

You need everything. I always try and shoot as much as I can. I had to on the original Alien. We had to physically build the Alien. The Alien had to be fitted on a guy as a rubber suit. It was never animatronic. There was no way of doing that kind of thing on that scale. I had a secret studio, I was the only one allowed in there, and every day I would go in there and sit and chat with the actor who was in the suit, Bolaji Badejo, and work with him.

Everything that you saw on the original ‘Alien’ was physical. I filmed it and cut around the dodgy bits. Nevertheless it was hugely successful. So you look to maintain some of that. And the little ones were as bad as the big one. I think one of the mostly ghastly things was the egg and the facehugger.

How do you balance that with computer effects?

It is all about planning. Knowing what you are about. The best thing I did as a filmmaker was go to art school. You learned to draw professionally. I can really draw and really paint. In fact, I do that as a hobby now. I’ve gone back to it. But it has helped me enormously because I have a natural aptitude for it. When I’m reading a script I am already seeing the film. 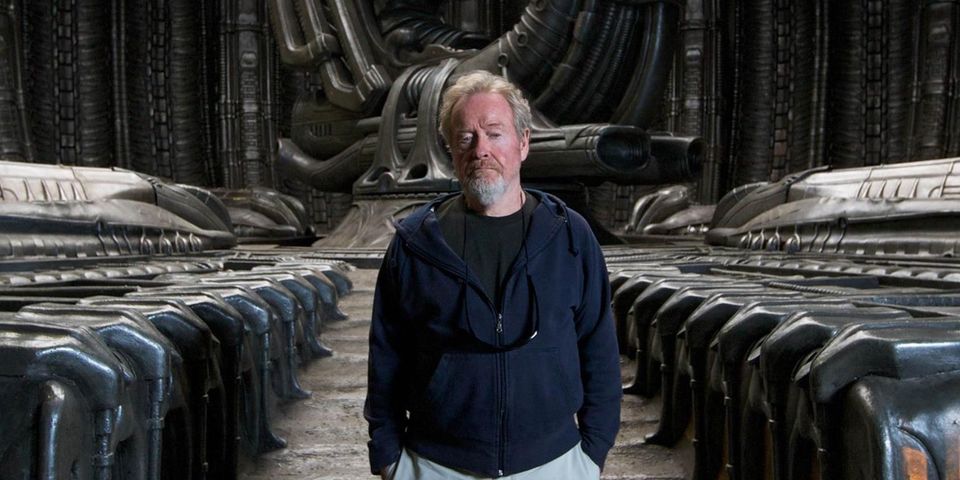 How much of the look the new film has been predetermined by the styles of ‘Alien’ and ‘Prometheus’?

Is it harder to shock an audience now compared to 1979?

It’s much harder. In a funny kind of way it is easier to make people laugh. Most comedians would say, “Fuck you, that’s not true.” But it is, because I have done both. To really, really disturb and scare wilfully as a form of entertainment is tricky, there are so many dark, cruel and weird films now. You’ve got to be careful about that.

You have a responsibility as a director. I used to watch the audience reactions to Alien and realised that you can go only so far with the violence. You’ve got to really think about who you showing this to and is it sick or is it not? I try not to make it sick but scary. 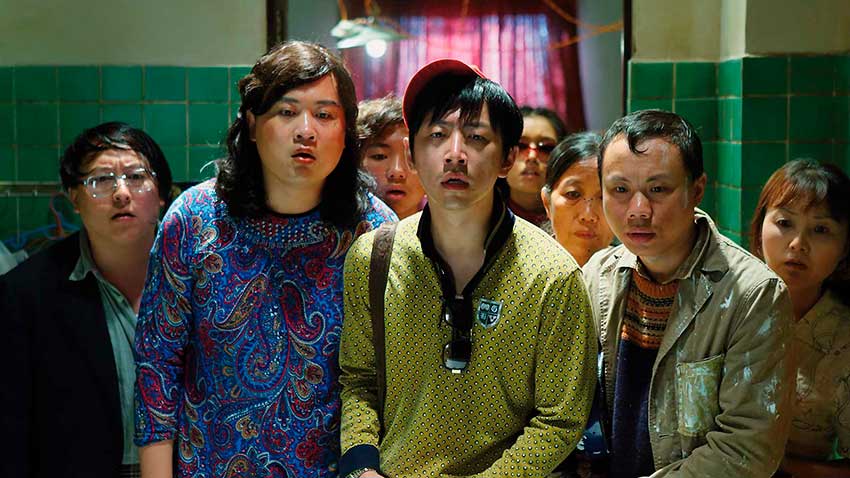 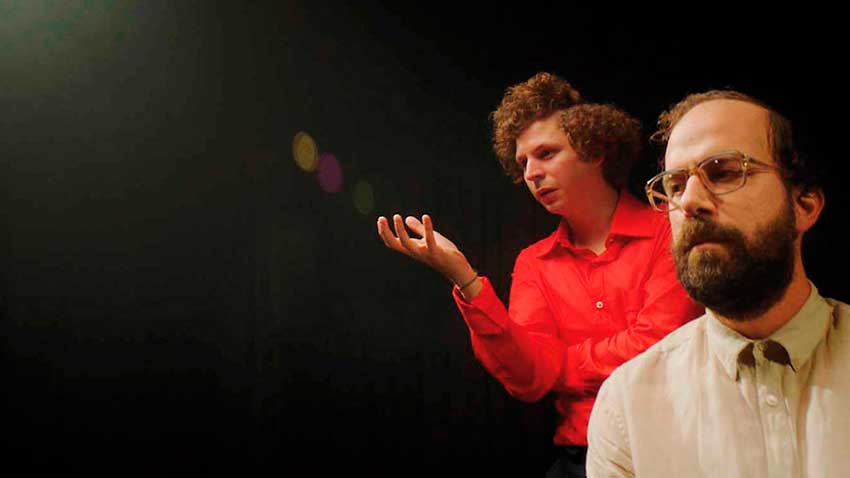 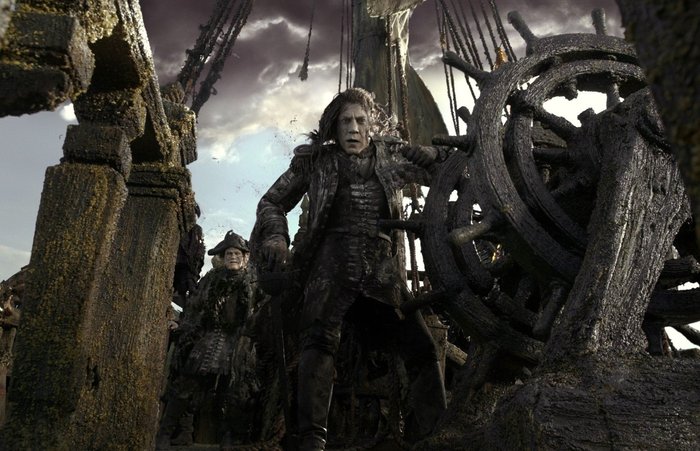 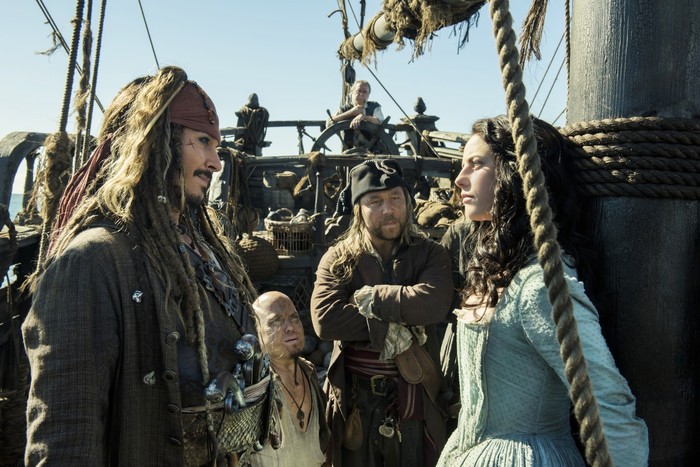 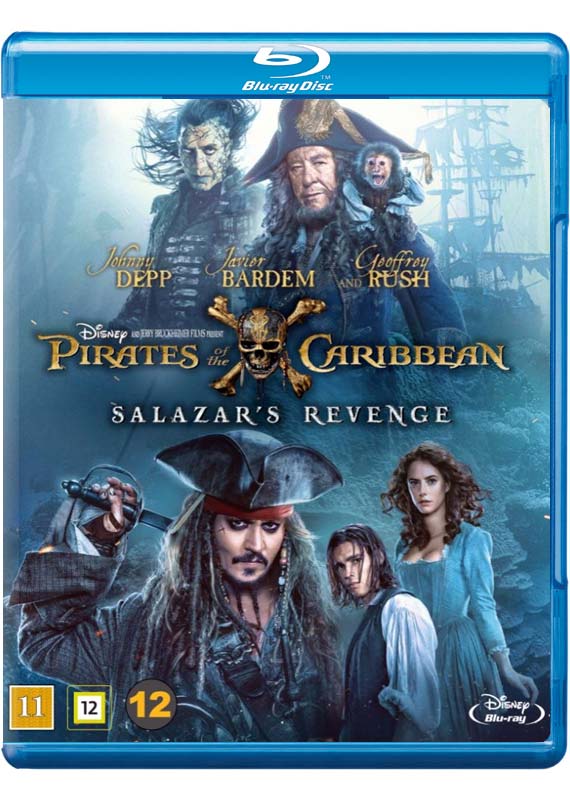 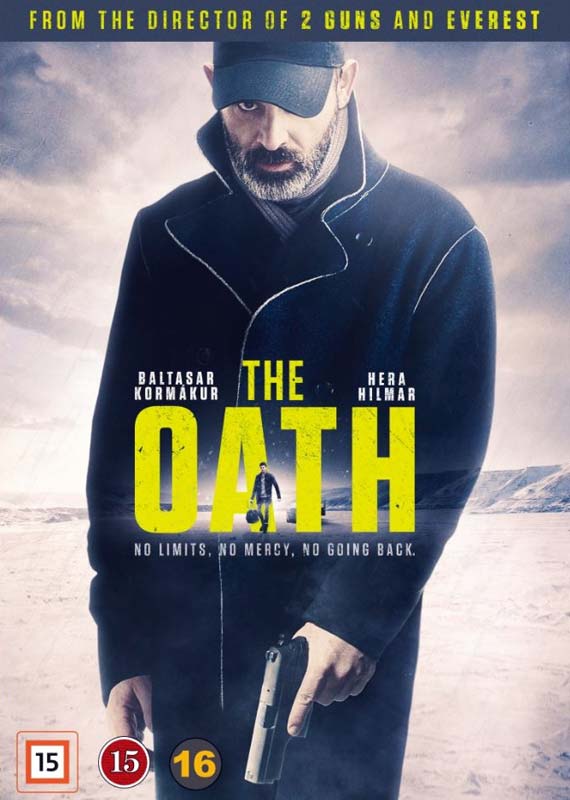 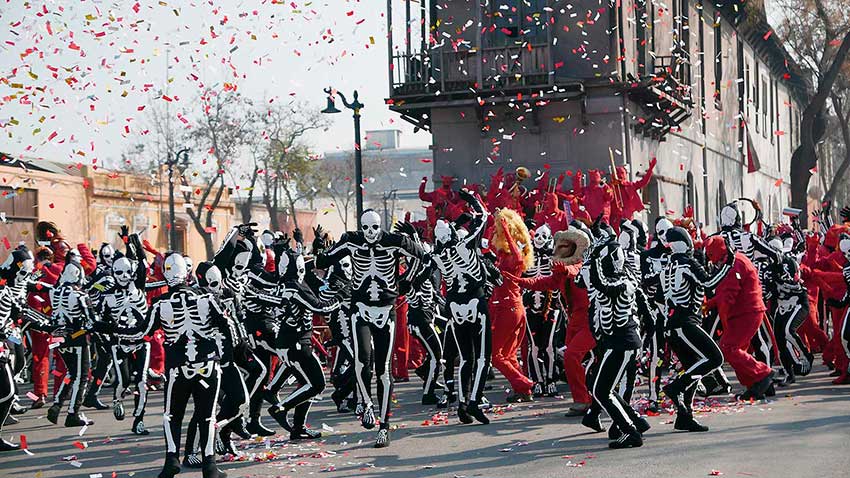 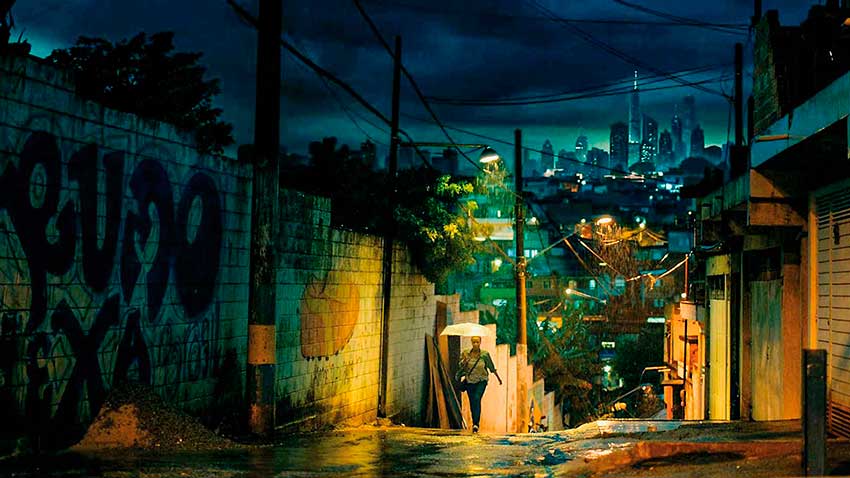 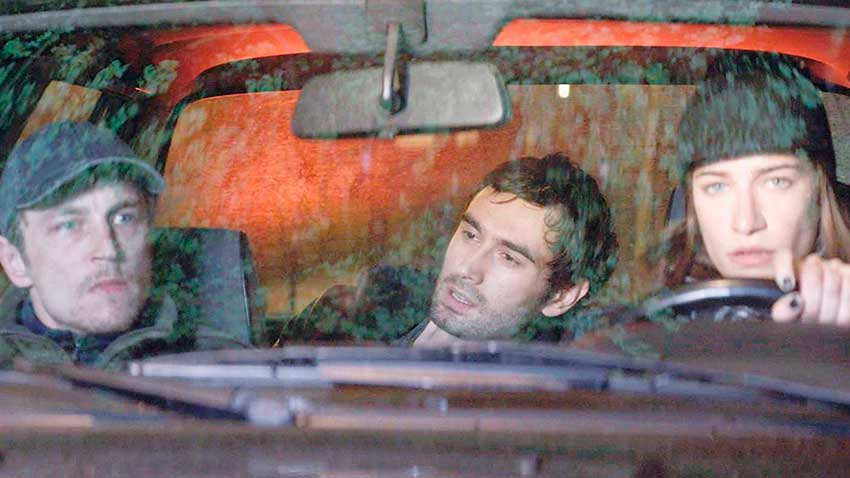